It was a busy weekend all around with multiple divisons making a name for the Falcons family across Ontario. 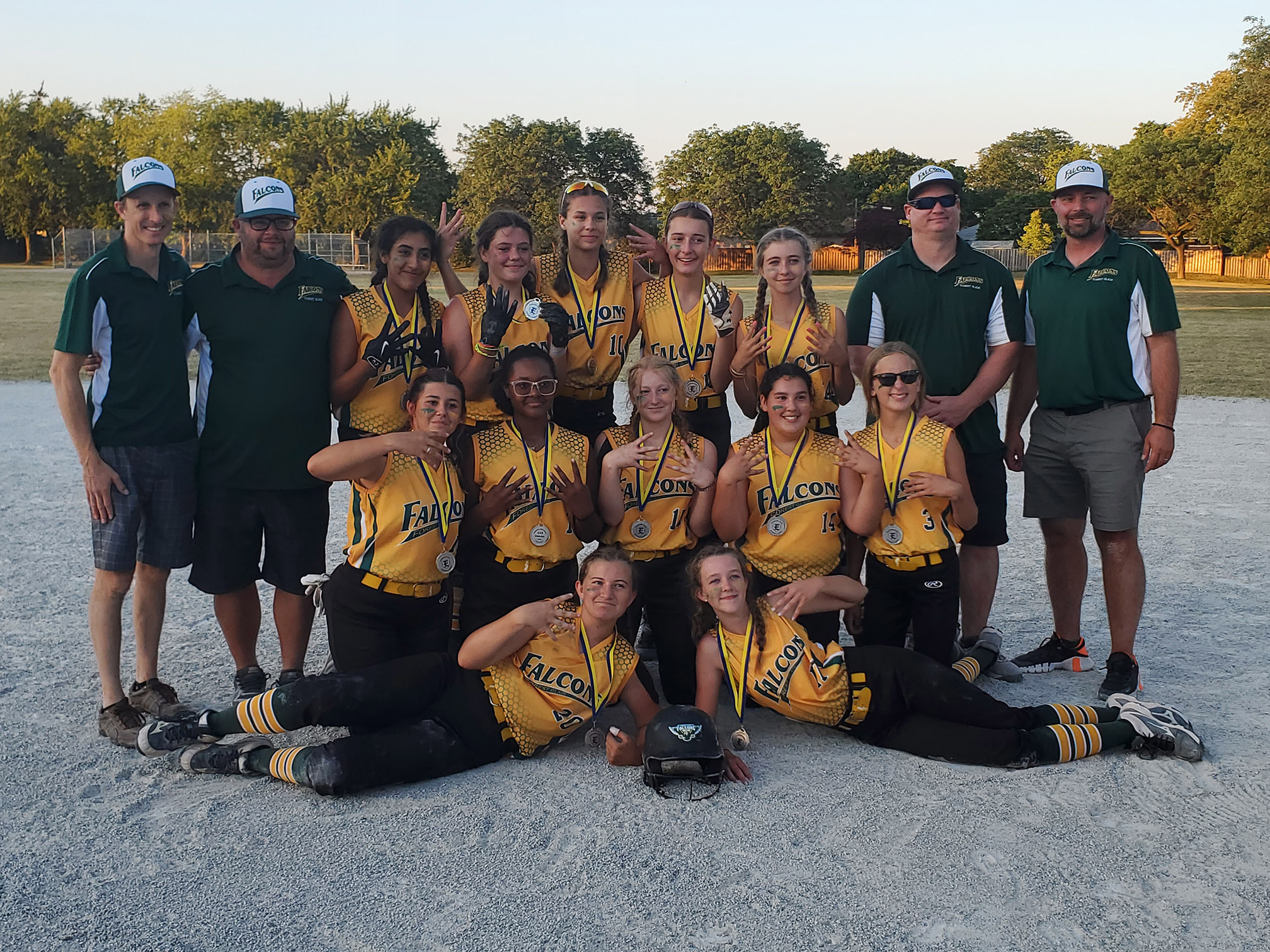 The Falcons 15U Selects Girls flew into Etobicoke this past weekend and had a great tournament. The girls went 4-0 in round robin play. Beating Mississauga Lady Jays 11-2, Kitchener/Waterloo 8-4, St.Catharines 9-7 and Oakville 14-9.
All four games were in a row with very little break. The girls advanced to the gold medal game, where they fell just short. Losing to Milton 8-4. This was the first time Milton have beaten the Falcons. 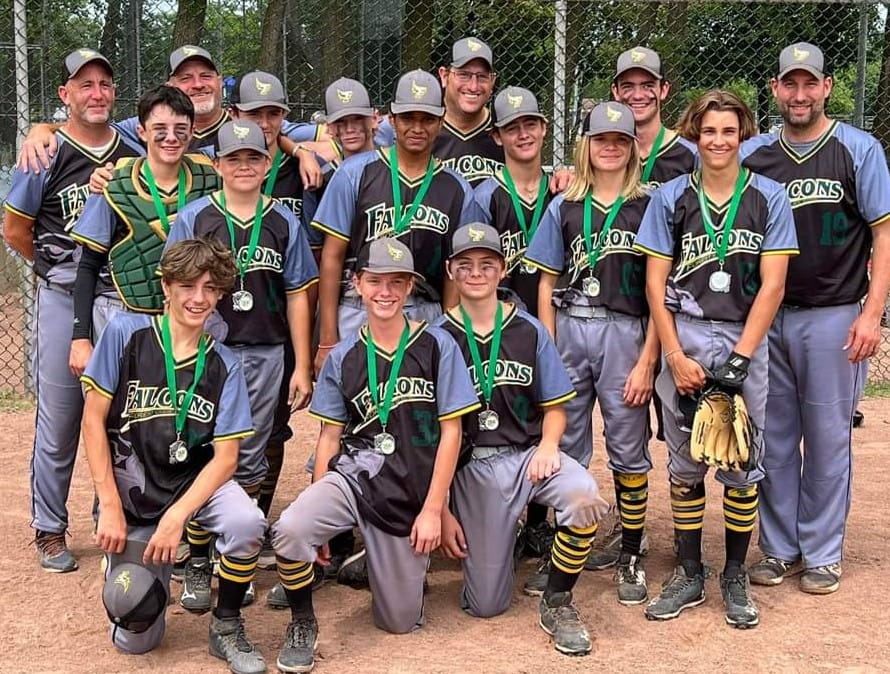 Our Falcons 15U team hosted our tournament in Forest Glade this past weekend welcoming teams from Oakville, Strathroy, Lucan-Ilderton, Southwest London and Lakeshore.
They went 2-1 in round robin play with wins over Lakeshore (11-7) & SW London (18-0) and the loss coming to Oakville (10-7).
They finished the round robin in second place and a date in the semi finals against Lucan-Ilderton. Our team used timely hitting & a complete game pitching performance from Reese Bondy to punch their ticket to the final vs the top seeded Strathroy Royals.
The final was a close back and forth offensive affair that saw 26 total runs scored with the Strathroy Royals pulling away in the late innings for the win.
Excellent starting pitching performances helped the team throughout the tournament, getting complete games from Karter Holman and Reese Bondy, an excellent opening game start from Cooper Sholomiski and, a great performance against a high-powered Strathroy team in the final from John Houle.
The coaching staff was very proud of each of our Falcons and how the represented our league with their great play and sportsmanship. This team continues to grow together as we work towards provincials. 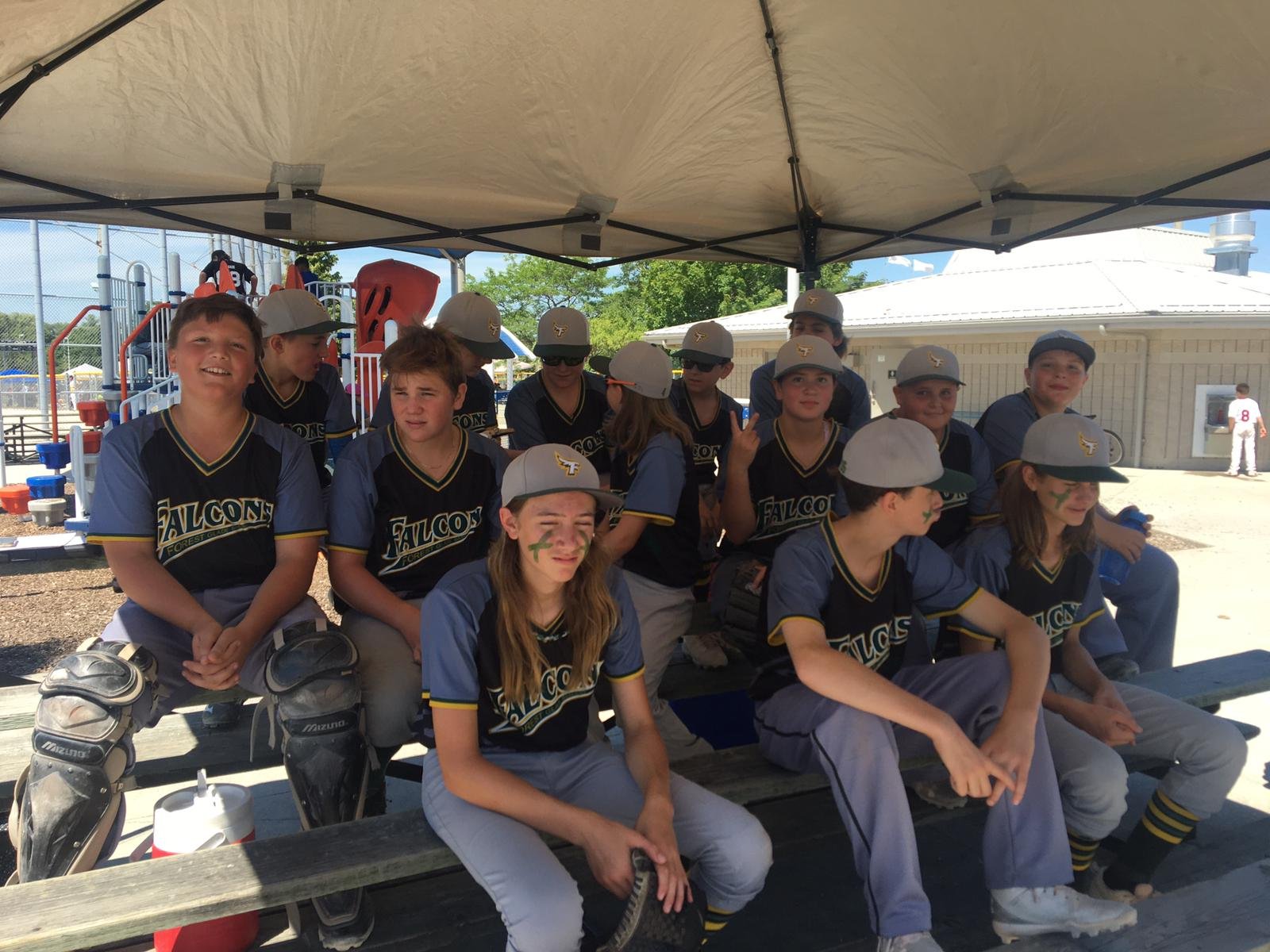 Our Falcons 13U had a fantastic weekend at the St. Thomas Cardinal Classic. They went undefeated in round robin play, before losing out in their semi final to the tournament winner Barrie Baycats, finishing in the bronze medal position.
The coaching staff was very proud of our Falcons and how the represented our league with their great play and sportsmanship.

Lastly, our 11U Mosquito boys and and girls came out strong for their first tournament away from the nest this past weekend.
They started their Friday night with a hard fought loss against Dorchester. Jaxon R started on the mound for FG, allowed two hits and zero runs over one inning, striking out two and walking one. Logan T, Logan M, Koen H, and Brock H each entered the game as relief, and had a strong showing. Phil R scored the only run for FG.
Caiden F started Saturday off on the mound for the Falcons. The righthander allowed one hit and zero runs over one inning, striking out one. Himank A, Phil R, Logan M, and Brock H each entered the game as relief, throwing one and one-third innings, one inning, one-third of an inning, and one-third of an inning respectively. Forest Glade Falcons 11U stole 22 bases during the game as eight players stole more than one. Ryu T led the way with four. FG was sure-handed in the field and didn’t commit a single error.
They unfortunately couldn’t keep up and lost 11-6 to Port Lambton.
Later on that day, the Falcons 11U fell behind early and couldn’t come back in a 20-5 loss to London West on Saturday. Caiden F went 2-for-2 at the plate to lead Forest Glade Falcons 11U in hits.
The coaches were immensely impressed with the team’s spirit and sportsmanship, and look forward to the next tournament August 5th weekend.